How To Make The Most Of Alibaba Single’s Day 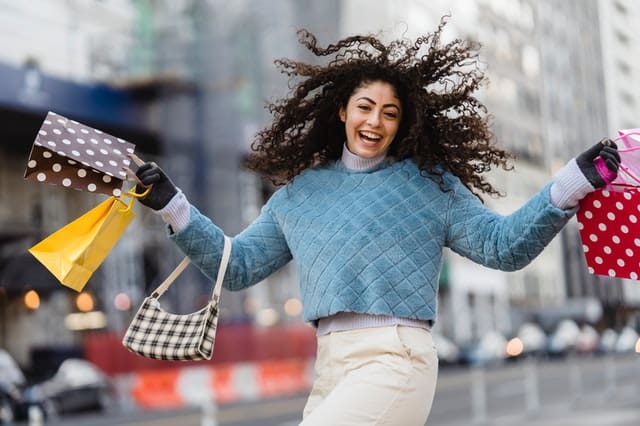 As the avid readers of these articles will have noticed, we have written quite a lot about Black Friday recently. Black Friday is one of the biggest dates in the ecommerce calendar so we won’t apologise for that. However, what we will apologise for is making the same mistake that countless Western ecommerce sellers make every year – overlooking Alibaba’s Single’s Day. Single’s Day (or double 11 as it’s sometimes known) is probably the biggest sales day in the world. However, as the event is primarily focused on China-based consumers, many Western sellers fail to capitalize on the opportunity presented by Single’s Day. That’s why we’ve put together this quick guide on Single’s Day, so you can take advantage of the giant sales event.

What Is Single’s Day?

Single’s Day is an event held yearly in China by Alibaba. The day is thought of as a kind of ‘anti-Valentine’s day’ and was initially created as a way to celebrate single people. This is why the day is held on the 11th of November every year as the date, 11/11, is meant to represent 4 single people (FYI, this is why the event is sometimes known as Double 11).

It is actually staggering to think that many people in the West have never heard of the Single’s Day considering the amount of revenue generated from the sales event. In 2020, JD.com and Alibaba (the two biggest ecommerce platforms in China), enjoyed record sales, with combined sales surpassing $115 billion. Another awe-inspiring statistic is that 800 million consumers participated in the event. In short, Single’s Day truly dwarves Black Friday.

So Why don’t More Western Brands Get Involved?

Traditionally, this is because China is just a harder place to import products and Chinese consumers tended to prefer local brands. However, this is all changing. Many Western brands, such as Gucci and Prada, are beginning to showcase products in China for the event. Indeed, $5 billion of Alibaba’s sales were from US brands.

In addition to this, this year looks set to be the first time that Western-based retailers attempt to hold their own sales for the event to their domestic consumers. ASOS have already confirmed that they will be holding a sale for UK and other European consumers on the 11th of November. So of course, the question now is: How can you get involved?

This might seem counter-intuitive, but the harsh reality is that you will be unlikely to make Single’s Day worth it for your business without partnering with one of the major Chinese ecommerce platforms. These platforms are so dominant that is basically means that all consumers will be glued to their web pages.

Alibaba is the most logical choice. We understand that it may seem daunting to attempt to partner with a foreign ecommerce provider but don’t worry, that is why we wrote a guide on how to get started on Alibaba which should help you get started.

Be aware of supply chain issues

Supply chains all over the world are obviously experiencing issues, but perhaps none more so than routes between China and Europe. This is because there is still lingering delays as a result of the Suez Canal blockage from earlier in the year as an unwelcome addition to the delays caused from the pandemic and the subsequent surge in ecommerce.

Whilst this means that it would be very difficult to get a large portion of your inventory to China, those of you who import your inventory from China could definitely look into the possibility of rerouting your products directly to Chinese consumers rather than importing them here, only to export them back. This would also obviously reduce logistics fees considerably.

Finally, be aware of the cutting edge marketing techniques on showcase at Single’s Day

If you can sell products at the Single’s Day event, something you have to be aware of is the vast array of technological marketing techniques that are on show. Livestreaming in particular has become particularly popular with Chinese consumers. It is also not uncommon for brands to use interactive videos or Virtual Reality to advertise their products.

Whilst this can sound daunting, we would encourage you to look into alternative forms in advertisement. You can easily find firms that can help you, and hopefully the chance to get creative and innovative is an exciting one to some of you!

So How Can We Help With Single’s Day?

As you may know, we at J&P Accountants have branches in China and serve thousands of Chinese ecommerce sellers. The fact that our network spans across China and the UK means that we have a unique insight when it comes to helping Western consumers expanding their business into China. If you have any concerns about dealing with the upcoming holiday season, we at J&P have the qualifications and knowledge to help you plan ahead, so please do not hesitate to get in touch should you have any further questions about selling on online, or if you need any help with adapting your business. We can get you VAT registered across the EU and can file your returns. Essentially, we sort out your tax so you can deal with selling your products. You can contact us at enquiries@jpaccountant.com, on our social media, or give us a call on 0161 637 1080.