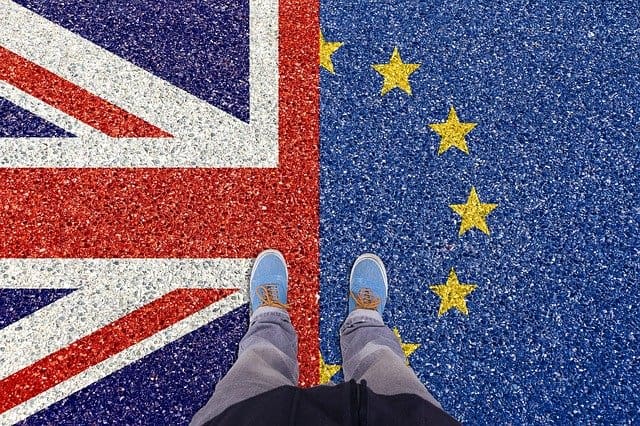 Regardless of whether they were a remain supporter or a Brexit supporter, almost everyone was relieved when the drawn-out negotiation process was finally brought to a close. However, anyone who believed that this would signal the end of the drama was sorely misinformed, or at the very least, very optimistic. Since signing the agreement, the most hotly contested issue seems to be the Northern Ireland Protocol, with the EU even going as far as to open legal proceedings against the UK. Since this issue doesn’t seem to want to go away, now seems a good time to look at what the Northern Ireland Protocol is, why the UK and the EU can’t reach an agreement, and how you can continue to trade with Northern Ireland.

What Is The Northern Ireland Protocol?

However, as non-EU countries must have products inspected before they arrive into the EU, this meant that NI had to check the food products that were entering from the UK. Some products, such as chilled meats, are not permitted to enter at all.

So How Has The Disagreement Come About?

The main source of the disagreement has been regarding the products which are not allowed to enter Northern Ireland. Under the protocol, which, as the EU are keen to point out, the UK agreed to, chilled meats can not be transported from the UK to Northern Ireland.

In order to allow for adjusting, there was a grace period that was scheduled to end at the end of June – this has now been extended until the end of September, much to the dismay of the EU.

What Is The View Of Both Sides?

There is hope for an amicable solution, as both sides concede that the protocol does not work in its current form. However, the disagreement is over how to solve the issue.

The EU have suggested that the rules be tweaked in order to make the protocol more easily applicable. They have also suggested implementing a Swiss-style agrifood agreement, which would likely see the end of a lot of the Northern Ireland checks.

On the other hand, the UK are requesting a complete renegotiation of the deal. Whilst they have said they are not ready to incur Article 16, which states that either party can suspend parts of the Brexit agreement if it is causing sufficient difficulty, they have made it clear that they would be willing to do so if a new agreement cannot be reached.

As it stands, the EU have paused legal proceedings.

How To Trade With Northern Ireland?

The processes for Northern Ireland are extremely complicated – so much so that you can expect a full article on the topic very soon. However, the main aspects are if you are a UK based sellers and sending goods to Northern Ireland your usual UK VAT will be owed.

If you are moving goods between NI and the EU, you will need an EORI number that begins with XI rather than GB. To obtain one of these you must already have a GB EORI number. HMRC should have automatically issued these to traders who they believe will be in need of one.

As previously stated, the rules are too complicated to compile them all here. However, you can expect an article on the matter on Friday, so be sure to be check back on our website then.

Conclusion – Northern Ireland Protocol Will Be Solved, But It Is Not Clear How

There is no doubt an agreement will be reached, and the EU halting legal proceedings is definitely a good sign, but it is still not exactly clear what the exact outcome will be. Please feel free to get in touch if you have any further questions.

If you are a business who participates in cross border e-commerce, or exporting of any kind, we would be more than happy to help you register for UK VAT, the UK VAT deferral scheme, gain an EU and UK EORI number, file your UK and EU VAT returns, and help you comply with VAT in case your account faces any issues. At J&P, helping your business is our passion, and we understand that companies across the UK are at risk now more than ever. We are here to support you through Brexit, so please do not hesitate to give us a call on 0161 637 1080 or send an e-mail to enquiries@jpaccountant.com.