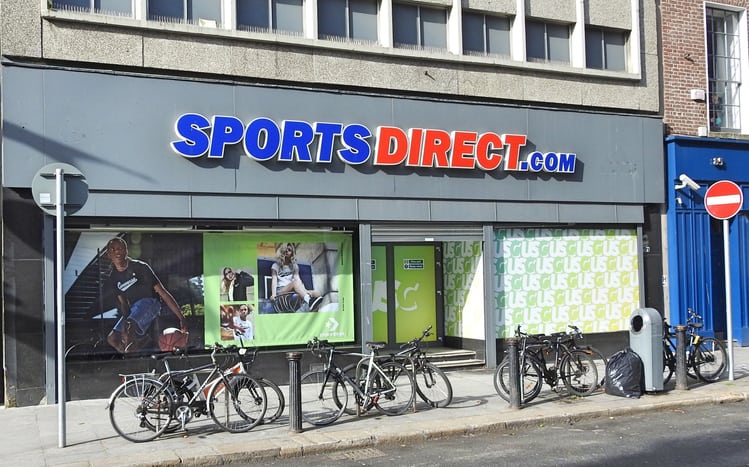 What Have Sports Direct Done?

Sports Direct set up a separate company called ‘Barlin Delivery’ under the name of Mike Ashley’s brother, John Ashley. It was claimed that this company was set up to deliver orders of Sports Direct abroad, despite the fact that the company actually has no drivers or trucks.

Reportedly, several EU countries are dismayed at the fact that Mike Ashley’s company only paid VAT to the UK over a seven-year period on sales it made to the EU. Mike Ashley’s company have claimed that the purchases made over this period were not a direct transaction between the customer and Sports Direct itself, but rather the customer was paying Barlin Delivery to collect the parcel.

How Has This Allowed Them To Only Pay VAT To The UK?

It is quite clear that when a seller makes a sale abroad, the VAT is owed to the place of the consumer. For example, if someone were to sell a product from the UK to France, the VAT would be owed to France as this is considered the place of purchase.

However, there is another rule that states if a consumer is paying for a product to be ‘picked up’ from another country, then the point of sale would actually take place in the country where the product resides, thus the VAT would be owed to that country. It is being alleged that this is what Sports Direct have been doing. Rather than the customer paying directly to Sports Direct for a product, they have in fact been paying Barlin Delivery to pick it up, meaning that the VAT would theoretically be owed to the UK.

Is Their Case Legitimate?

This is quite a complex case. Reports have claimed that shareholders have already communicated agitation over the company’s allegiance to Barlin Delivery, with reports suggesting that Mike Ashley attempted to pay Barlin approximately £11 million from Sports Direct.

Furthermore, the Financial Reporting Council, the UK tax watchdog who has flagged up Mike Ashley’s company for tax investigation, are concerned as to why Grant Thornton, Sports Direct’s former auditors, did not disclose the relationship between the two companies.

What Is Likely To Be The Outcome Of The Sports Direct Tax Investigation?

The most likely outcome is settlements with the aggrieved countries. It works in Sports Directs favour that the tax laws were slightly ambiguous before this year and they did confer with the HMRC.

However, whilst Sports Direct have claimed that they set the partner company up for ‘administrative simplification’ and not to lessen tax obligations, it is clear that many EU countries will feel as though they are owed some compensation. It is very unlikely that operations set up in this way will be permitted in the future.

Do You Need Help With A Tax Investigation?

At J&P, we have a team devoted to ensuring that you are always VAT compliant. We have strong experience in helping clients through tax investigations and our devoted team can guide you through the process every step of the way.

Please do not hesitate to get in touch should you have any concerns over your VAT returns, or you require assistance with a voluntary tax assessment to ensure everything is on track. You can contact us at compliance@jpaccountant.com, or give us a call on 07734 182821.