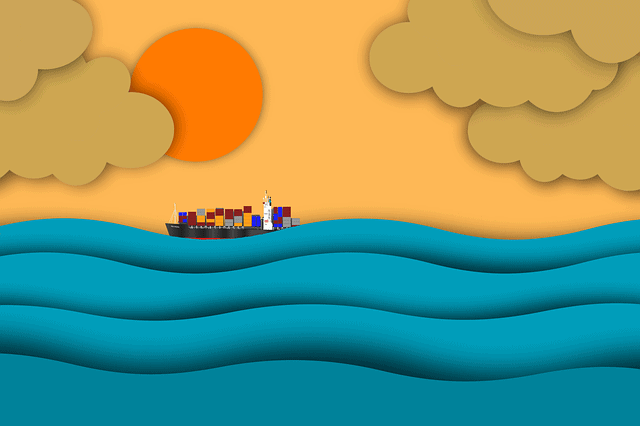 Ecommerce sellers around the globe would have celebrated the news that the ship that was blocking the Suez Canal, the Evergreen, was finally dislodged meaning that trade through the canal can resume. Whilst it is well known that the Suez Canal is one of the most important waterways in the world, it still may surprise most to learn that the blockage has been holding up over €8 billion worth of trade a day. This has obviously affected ecommerce sellers all over the world, including Amazon and Ebay sellers. This article will take an in-depth look at the repercussions from the blockage, as well as offering advice on what lessons ecommerce sellers should take from the blockage of the Suez Canal to ensure that is plain sailing for their business from now on.

The Suez Canal sees about 12% of all global trade each year and is especially important when it comes to trade between Europe and China. As such, there was an uncalculatable amount of ecommerce goods being held up. Even now the stuck ship has been dislodged, it could still take a while to clear the traffic jam caused by the 360+ ships waiting to access the canal. In addition, many ships had to find alternative routes, which in some cases could cause delays of over two weeks and will cause major congestion at ports in the coming weeks.

There are other ramifications too. The closure of the canal has increased shipping costs (which had already been rising) as well as the loss of many perishable items. Furthermore, it is clear that Amazon sellers and Ebay sellers from all over the world will have been greatly affected by the disruption. On the Evergreen alone, UK shipping and freight forwarding company Seaport Freight Services had 20 containers of goods stranded on the ship, which was mostly made up of Amazon orders.

What Can Ecommerce Sellers Take On Board?

In some ways, Brexit and the pandemic have been extremely educational for many vendors as they’ve been forced to become more inventive in their supply chain management. The problem for many sellers who trade between China and Europe is that there isn’t really another route for their goods to take as truck and rail aren’t really an option.

The first thing these sellers should be considering though is whether their supply chain is streamlined enough. Whilst it can sometimes be the cheapest option to use a variety of different logistics providers and to have a complex supply chain, world events such as this one should definitely convince sellers to have another look at their supply chain. You can find our article on 2021’s supply chain trends here.

Another thing worth considering is the division of inventories. Many UK sellers have already opted to split up their inventories between the UK and Europe in order to avoid problems at customs when attempting to import and export across the border. Events like the blockage of the Suez Canal remind us how valuable it can be for business owners to have segments of inventories in places where they will do the most business.

Finally, sellers who use online marketplaces to facilitate trades should see the strong appeal of using the marketplaces delivery services. Services such Fulfilment by Amazon and Ebay’s Global Shipping protections give you a strong layer of protection against external disruptions and ensure you are not left at sea when something goes wrong with your deliveries.

Whilst the Suez Canal blockage has obviously been a disaster for trade in general, hopefully this article has given you some ideas for how you can ensure you are as prepared as possible for any future disasters.

We at J&P understand that when it comes to your business, you want to run a tight ship.

As well as VAT services, at J&P we can offer our warehouse services to ecommerce sellers in the UK and EU. If you are an ecommerce seller, we just want to let you know that we have the qualifications and knowledge to help you plan ahead, so please do not hesitate to get in touch should you have any further questions about logistics and supply chain management or selling on online marketplaces. You can contact us at enquiries@jpaccountant.com, on our social media, or give us a call on 0161 637 1080.