The RCEP: How Will It Affect E-commerce 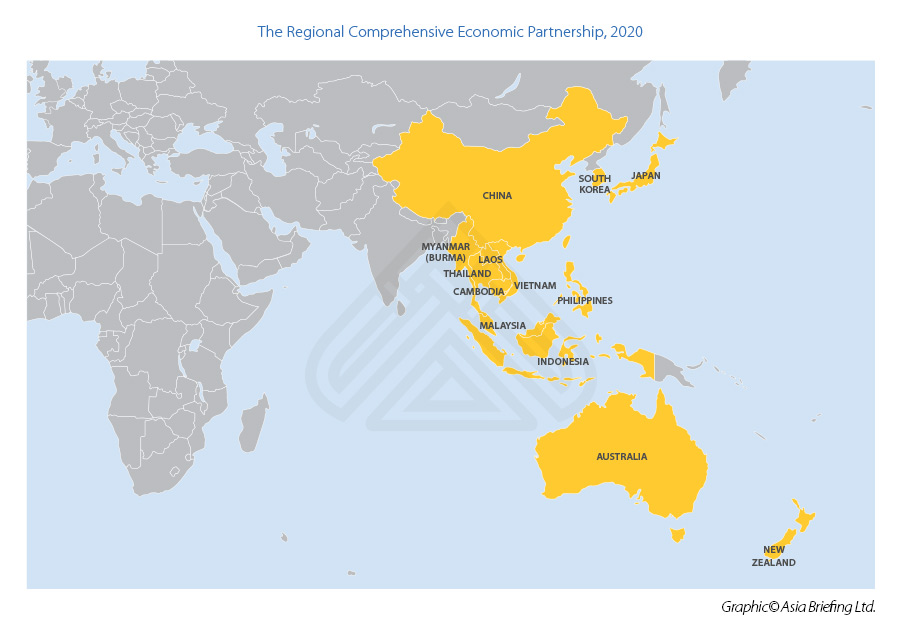 This week marks the historic signing of the Regional Comprehensive Economic Partnership (the RCEP). This trade agreement is now the biggest of its kind in the world, as it encompasses roughly 30% of the world’s population and GDP. This includes the 10 nations of the ASEAN, as well as China, Japan, South Korea, Australia and New Zealand. These nations have not always seen eye to eye, and this agreement signals the dawn of a new era of improved relations and trade in the region. But what implications will this agreement have on trade in the region and, indeed, the world? This article will outline the ways in which this trade deal will be beneficial to any cross-border ecommerce traders in these countries, and to operators in other parts of the world who wish to enter the Asia-Pacific market.

What Is Covered In The RCEP Agreement?

The RCEP is concerned with reducing tariffs on trade in goods, as well as creating higher-quality rules for trade in services, including market access provisions for service sector suppliers from other RCEP countries. The RCEP agreement will also reduce non-tariff barriers to trade among member nations, such as customs and quarantine procedures as well as technical standards. This will obviously greatly improve trade and investment in the region.

Further, the standardisation of the rules throughout the region will mean intellectual property transactions will be streamlined and the cost of doing business will be greatly reduced.

However, it is worth bearing in mind that the RCEP is not a completely free trade agreement. There are still a few loopholes where countries can maintain tariff’s in specific sectors, and reports are estimating that it will take around 2 years for the countries to implement the terms of the agreement internally.

Unfortunately, as it stands, Ecommerce is one of the sections that is underdeveloped in the agreement. Some members of the RCEP were hesitant about agreeing to any rules regarding cross-border data flows or a customs moratorium on data transmission.

However, it is very likely that there will be future negotiations surrounding this topic. Moreover, as it stands there have been some rules put in place to improve ecommerce.

The agreement states in Chapter 12:

There’s also the following provision: “A Party shall not prevent cross-border transfer of information by electronic means where such activity is for the conduct of the business of a covered person.”

RCEP will cut tariffs and establish rules including cross-border digital data flows. It will remove duties on 61% of imports from Association of Southeast Asian Nations members, Australia and New Zealand, along with 56% from China and 49% from South Korea.

However, please bear in mind that this excludes financial services, as the deal states that member nations are able to write their own exemptions for to implement measure for security and public policy reasons.

As for vendors outside the member nations, it is likely that they will benefit eventually from the lesser developed countries in the deal having improved economies and logistic facilities, and thus becoming more promising markets. Further, it is likely that the EU, the UK and the US will attempt to negotiate some form of increased trade in the region, so keep an eye on our social media in order to follow how your country will react to the RCEP.

Conclusion – Is The RCEP A Good Deal For The World?

It has been estimated that this trade deal could mean a boost of $500 million for global trade and ecommerce in the next 10 years. Of course, companies situated in the RCEP nations will benefit greatly from the increase of cross-border trade, but it is likely companies from all over the world will benefit from the investment in infrastructure and the influx of money in the region.

Here at J & P Accountants, we understand that the prospect of trying to comply with all the new RCEP regulations could be daunting. But that’s where we come in.

If you are a business who participates in cross border e-commerce, we would be more than happy to help you register for VAT, file your VAT returns, and help you comply with VAT in case your account faces any issues; especially in China, where we have several offices and warehouses.

At J&P, helping your business is our passion, and we understand that you may need help altering your business to capitalise on the new RCEP agreement, such as registering for trademarks or the transfer of intellectual property. We are here to support you through this transition, and the Coronavirus crisis, so please do not hesitate to give us a call on 0161 637 1080 or send an e-mail to enquiries@jpaccountant.com.