What Biden’s Victory Means For The World’s Economy 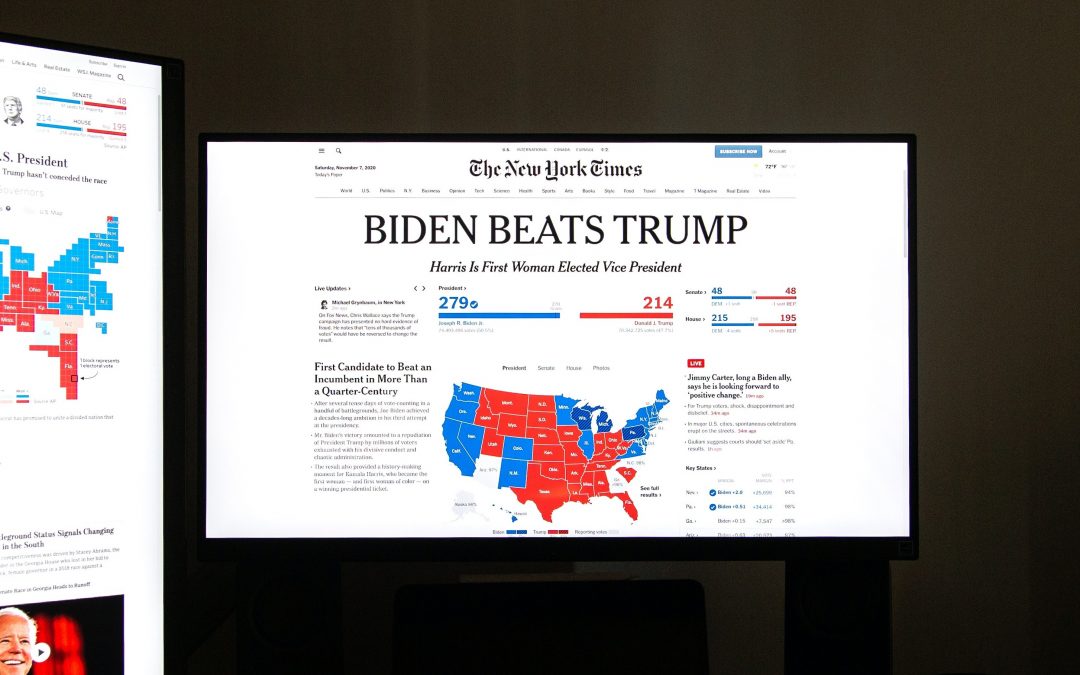 The 2020 US elections saw the biggest turn out for a presidential election in 100 years. The polarised nature of the American political landscape was made evident by the narrow victories that Biden made in the swing states. It is now his job to unite America and, also, the rest of the world. Trump’s presidency saw the US grow further apart from China and Europe than they have been in a generation. It is widely assumed that Biden will attempt to mend relations between America and Europe and China. This was shown by the surge in world markets as soon as it became apparent that Biden was going to become the 46th president of the US. But what are the implications for the economy now Biden looks set to take office? This article will outline what we can expect from Biden’s America, and how this is going to affect the rest of the world.

What Biden’s Victory Means For The US

Whilst the Democrats have taken the White House, the senate is still controlled by the Republicans. This is going to have major implications on policy and spending, since a divided senate greatly reduces the chances of major policy changes.

Most notably there is unlikely to be any significant changes to taxes, or movements to place harsher regulations on the major tech firms. This means there is more certainty in the market, at least for the time being.

This being said, there is still likely to be a significant form of stimulus in one form or another, and the markets have already reacted accordingly with the S&P 500 SPX, 0.63% gaining more than 2% each day last week.

One thing that the market will have to watch out for is an increase to corporate tax. Biden has promised such a raise; but, since the senate is still held by the Republicans, this is very unlikely to happen in the near future, and thus stocks have been given another boost.

However, it is not all good news for Americans. The lack of an imminent stimulus package means that Federal banks will have to inject further liquidity. This has meant that the dollar index has dropped to as low as 93.07 over the last week.

What Biden’s Victory Means For China

The trump regime saw tensions escalate between the US and China. Trump took an extremely adversarial approach to China, which led to both countries placing high tariffs on each other’s imports. Whilst it is probable that the US and China will continue to compete economically in sectors such as technology and security, it is expected that Biden will take a much softer and cooperative approach with China.

Bearing this in mind, it now seems likely that China and the US will resume cooperation on major issues such as Covid vaccines and climate change. This will hopefully strengthen relations between the two countries.

Biden’s approach will also probably see the US’s crackdown on China’s core technology relax. This is good news for Chinese companies such as WeChat and TikTok, however Huawei may still face a struggle.

The less confrontational approach that is expected from Biden is also good news for the yuan, which has already gained 6% against the dollar, mostly due to China’s quick recovery from the pandemic.

What Biden’s Victory Means For The UK

The biggest implications for the UK will surely be felt in the Brexit negotiations. The UK’s negotiating stance thus far seem predicated on the idea of a strong trade deal with the US making up for a lack of EU trading, which Trump backed.

In addition, Biden and his team have made it very clear that they think Brexit is a bad decision for Britain. This may mean that Britain will concede more ground in the Brexit negotiations, and this may mean the deal is more aligned with EU regulations. This is surely good news for e-commerce vendors in the UK and EU.

It’ll be interesting to see how the negotiations proceed, since it is likely that whatever terms are agreed on for Brexit could be used as a framework for a new trade deal between the US and the EU, a deal that it is clear Biden is keen on striking, especially to his commitment to fight climate change.

Whilst the above information does imply that the US will be much less adversarial than it was under Trump, there is still a long way to go until relations between America and other nations are back to their previous states. Indeed, Biden will likely not scrap all of Trump’s policies immediately, since they give him a strong negotiating position. Still, the markets are clearly anticipating that Biden’s victory is good news for cross-border businesses and international trade – and we are too.

Do you predict that Biden will have a positive effect on the world’s economy? Let us know in the comments below!

If you are a business who participates in cross border e-commerce, we would be more than happy to help you register for VAT, file your VAT returns, and help you comply with VAT in case your account faces any issues. At J&P, helping small businesses is our passion, and we understand that companies across the UK are at risk now more than ever. We are here to support you through the Coronavirus crisis, so please do not hesitate to give us a call on 0161 637 1080 or send an e-mail to enquiries@jpaccountant.com