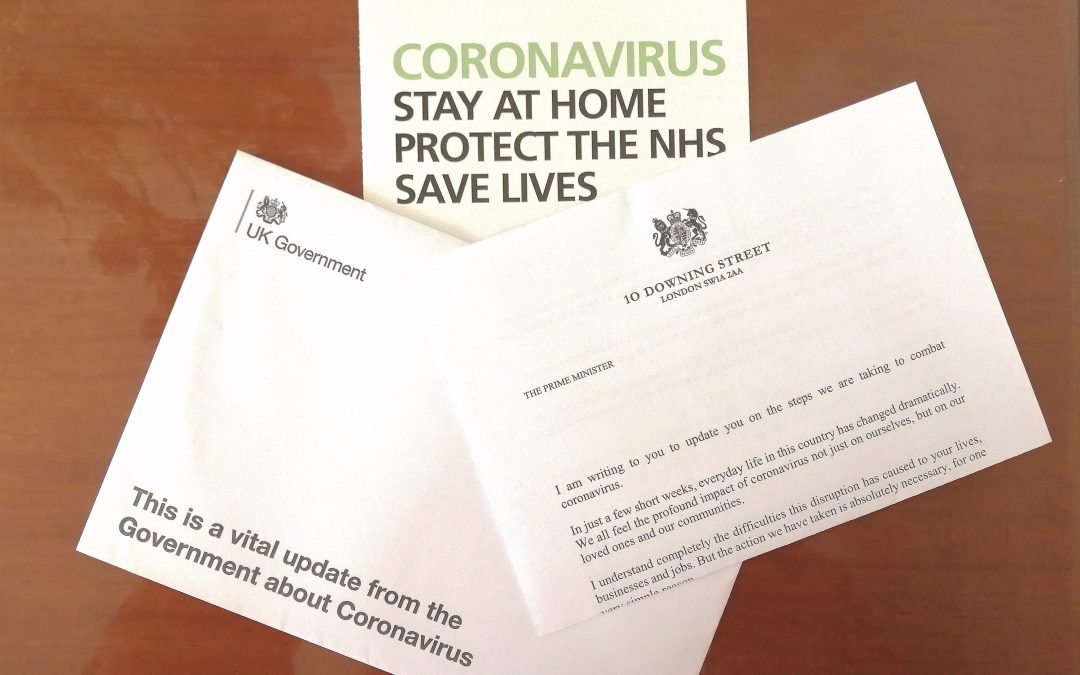 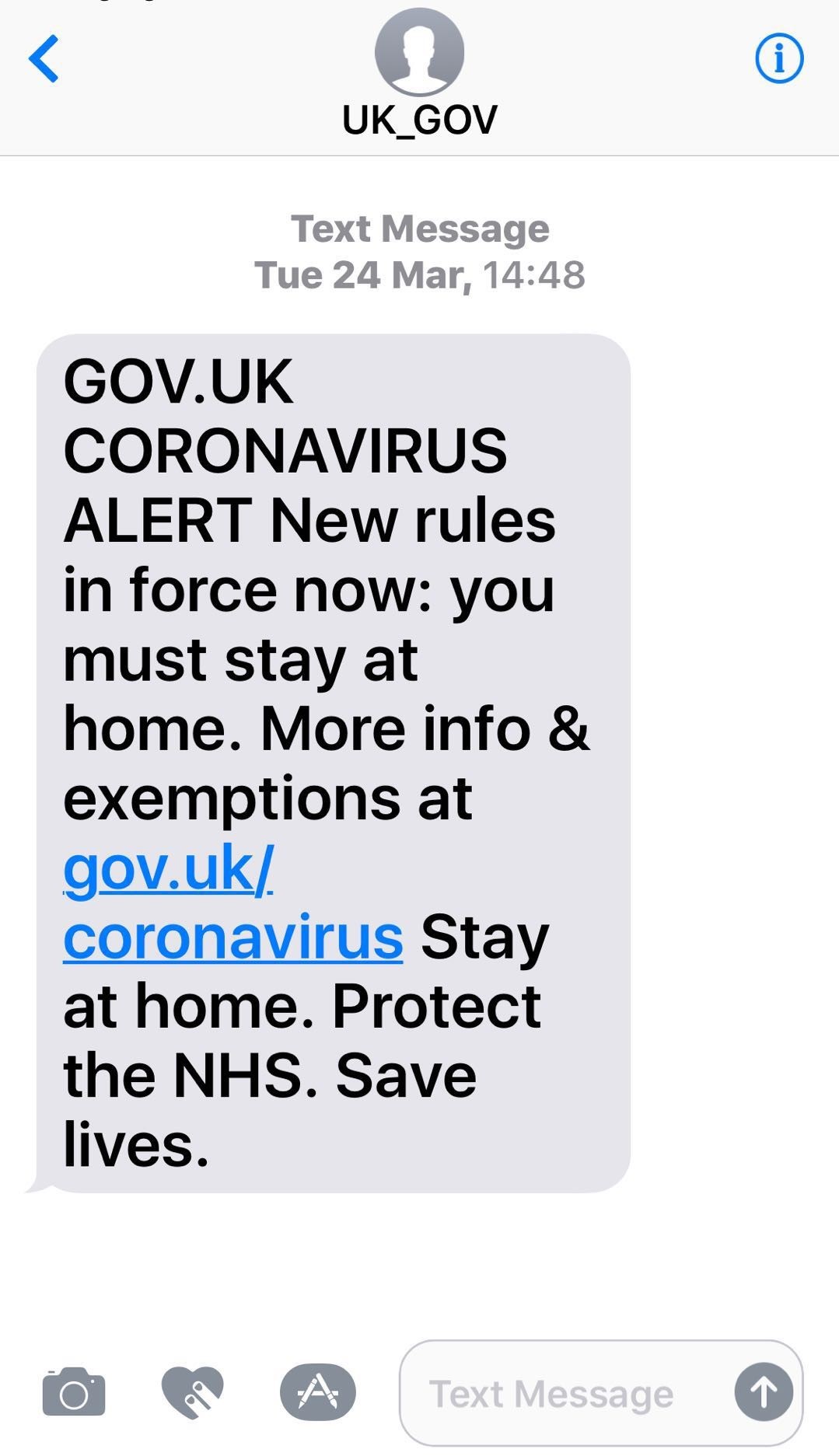 A message for each individual and a letter for every household! By the time when almost every British family received the above information from the UK Government, could you imagine what would happen in the following months? For many of us, it was the first time receiving information directly from Downing Street. And for me, myself, a feeling of War Time preparation pressurizes every inch of my nerves.

3-month full lockdown to fight the spread of C-19 has formally revealed its spiky scar on the UK Economy. We know it, we feel it, and we live through it, but we can barely figure it out until we dare to view the figures. Facing the challenges of collecting data due to public health restrictions, The Office for National Statistics (ONS) has finally released the latest quarterly GDP estimation.

With a 20.4% GDP slump in Quarter 2 (April to June) 2020, the UK has officially stepped into the first technical recession since 2009 when the world gradually recovered from the last Financial Crisis. ONS also indicates that “this is the largest quarterly contraction in the UK economy since Office for National Statistics (ONS) quarterly records began in 1955”.

Similarly, a vertiginous GDP quarterly drop across other developed countries has further stressed the impact of the current C-19 Pandemic. i.e. GDP growth in Q2, 2020 shrank by 19% in France, 17.3% in Italy, and 11.7% in Germany over the same quarter of the previous year.

However, at the same time, online sales tell another story in the UK. According to the June retails sale statistics in Great Britain released by ONS on 24th July 2020, the average weekly spending for online retail has considerably increased when compared with previous records.

Average weekly sales have jumped from £1.5 billion in February to £2.5 billion in June this year. Online spending has leapt up by 61.9% since pre-lockdown, and the online trading momentum will surely not stop there. According to a report published by retail research organization RetailX, UK E-commerce will reach a value of €222.5 billion this year, which is an increase of 10.96% in comparison to the situation last year.

Research carried out by Swiss Tech Company Meepl shows that 1 in 5 shoppers in the UK have said that they are reluctant to shop in brick-and-mortar stores once the coronavirus crisis is over. That is because they want stricter hygiene and social distancing measures in place in stores, and they also now prefer the convenience of shopping online instead.

The Prospect of a Tax Raise

From government-supported bank loans to various business support grants, the current “Plan for Jobs” UK economy saving and energizing schemes need more support funds. A tax raise seems to be a necessary measure in the near future, and to fill the gap in the British economy, 72% of MPs surveyed by The House across all major parties agreed to increase taxes.

Although he promised “We will not raise the rate of income tax, VAT or National Insurance” in the party’s manifesto for the 2019 general election, Boris Johnson also has not ruled out the prospect of tax rises to pay for the recovery plan when asked by the journalist in June. He said: “You should wait to see what the chancellor has to say in the course of the next few weeks and months. I remain absolutely determined to ensure that the tax burden, insofar as we possibly can, is reasonable.”

Living under the Pandemic is one thing and leaving “Pan-EU” is another. Considering these two dominant challenges by the UK this year, the solution is already in action —— border control with the European Union and “Broadband Tax” in terms of VAT on cross border eCommerce and Sales Tax on online activities.

The UK will control the goods movement with the EU in a similar treatment with the Rest of the World after the transition period. By the end of this year, the government also intends to publish its Border Strategy to set out its clear vision and road map in the next five years until 2025, and the Public Consultation paper particular points out that “HMRC collects around £34 billion in VAT, and customs and excise duties each year from cross-border transactions.”

To ensure the amount of tax paid in the UK reflects the value these multinational internet giants derive from their interactions with, and the contributions of, an active UK user base, the UK government introduced a new 2% Digital Service Tax on the revenues of search engines, social media platforms and online marketplaces which derive value from UK users.

“These businesses will be liable to Digital Services Tax when the group’s worldwide revenues from these digital activities are more than £500m and more than £25m of these revenues are derived from UK users.

There is an allowance of £25m, which means a group’s first £25m of revenues derived from UK users will not be subject to Digital Services Tax.”

The UK Budget 2020 released in March shows that a £515m exchequer impact will be added to support vital public services by 2025.

Due to this new legislation, Amazon will start charging an extra 2% fees from 1st September 2020 to reflect its additional cost in the UK. Referral fees, Fulfilment by Amazon (FBA) fees, monthly FBA storage fees, and Multichannel Fulfilment (MCF) fees, will all be affected, as seen below in the yellow highlighted information displayed on Amazon’s website. 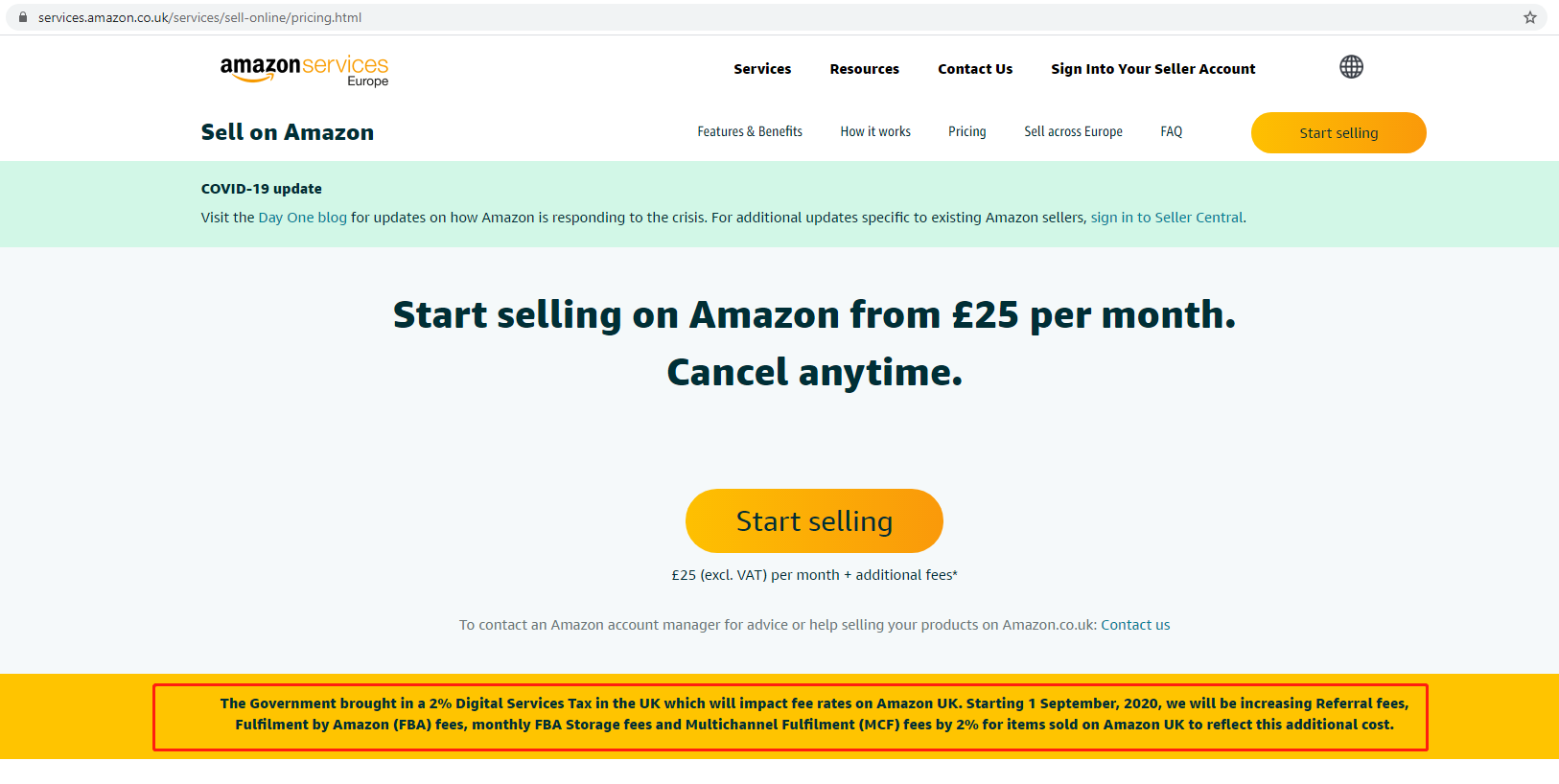 Some key points of the changes to the VAT treatment of overseas goods sold to UK customers:

What is next? For the near future, Potential Online Sales Tax! 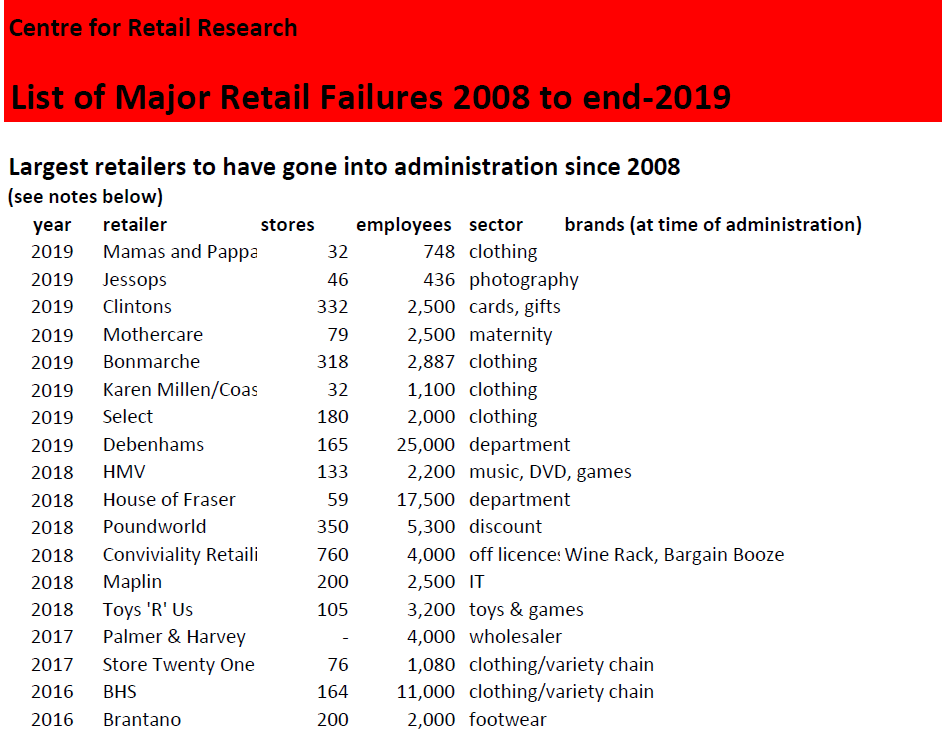 For the past few years, many household names and businesses in the retail sector have collapsed into administration, leaving tens of thousands of jobs at risk. This year especially, the coronavirus pandemic has claimed many high street retailers, and there could be more to come. Partly and profoundly, the criticism is laying on the thriving of online sales!

In 2019, the government was called on by the Commons Treasury to create a more level playing field in the retail sector by considering an online sales tax. By spring 2021, a review launched by the chancellor in July will be concluded.

Helping brick-and-mortar retailers to compete with online retail stores, the UK government has discussed that they are thinking of implementing a 2% sales tax on E-commerce sellers. The UK consultation document detailed that this could “provide a sustainable and meaningful revenue source for the government.” Online sellers would have to pay the tax as well as the VAT, and it is said that this measure will potentially raise £ 2 billion.